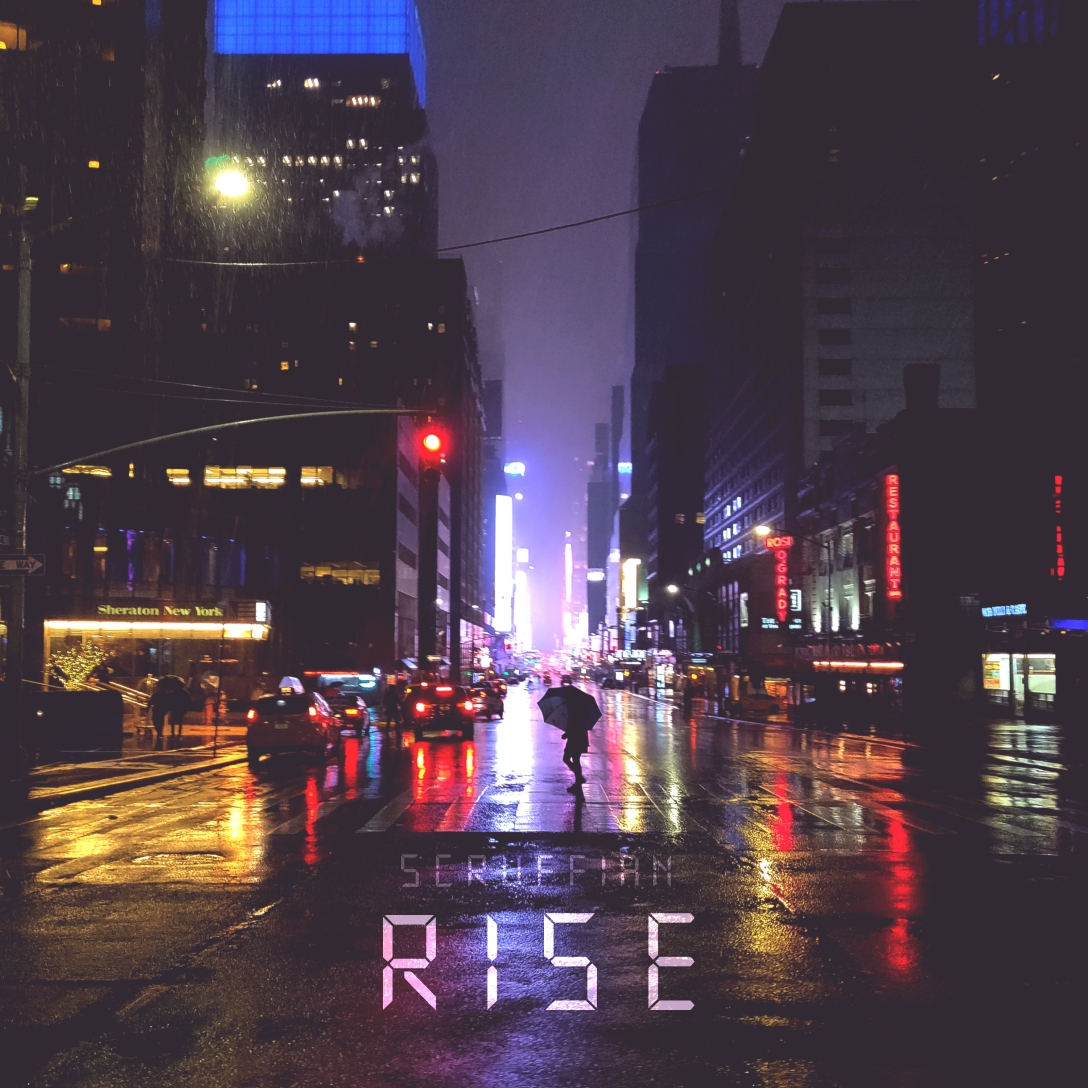 Many moons ago (in fact two years almost to the day) a couple of friends sent me some words that they thought would make good lyrics for a song:

walking the streets of Manhattan, and I don’t even live here
I don’t have my keys on me

They challenged me to write a song using these words. This was a tricky challenge. I had never been to Manhattan, and I don’t like to write songs about things I don’t know about.

Then in March I had a work trip that required me to fly through New York, and a plan began to form in my mind. I had a very long layover in JFK, so I started to wonder, could I use this to write song for the challenge?

I had three flights on the way to my work trip and three more on the way home. This is a long time to spend on a plane and I started to wonder how I could put this time to better use than watching back to back movies. I started to imagine how I could write songs without any instrument, just using my computer on the plane.

I imagined the sound of airports and aeroplanes, cities and railways, and detuned radios, all rolled into one confusing strange mess.

So I set some rules:

So I took my MIDI keyboard and wrote an album, in six aeroplanes, four airports and one cheap hotel. This is the fastest I have ever worked. I didn’t judge my ideas, I just followed my instincts. I didn’t think about whether I liked something, or whether this was really “my sound”, I just went with the first idea that came to me.

When I got home I had eight tracks “done”; now they just needed vocals. I took the words from my haikus and cut and pasted them until they fitted into these songs. I set up my microphone in the living room and spent a few evenings recording.

This album is a product my life situation. Living in a temporary place means I don’t have a good space to record. Having three young children means I don’t get lots of time to write and record music. This album is what was possible given these constraints.

Working with these constraints has pushed me to try new things and and experiment out of my comfort zone. It’s been challenging and I have learnt a lot. It’s also been a lot of fun.

I’m not sure if this album is “good”. It’s full of surprises and very strange to listen to. I hope you have as much fun listening to it as I did making it.

Listen in full on Bandcamp:

I also made videos for all of the songs just using footage I took on my journey. They aren’t anything interesting; I just don’t have time!

I make things. I particularly like to make music. Music is meant to be fun, that's why it's 'played'. View all posts by Ben Dwyer